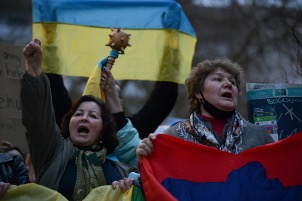 Reuven Aronashvili, who helped create the Israeli army’s “Red Team” unit, and now runs a cyber security firm called CYE, said corporations were flooding his company with requests for help. “We are seeing a very significant increase – just in the last 48 hours, we’ve seen almost a ten-fold increase in demand.”

He added that Russian organizations were also preparing for the possibility of being caught up in retaliation attacks from the West, something he had not witnessed before.